Why do people smile when no one’s smiling?
Its coz their thinking of someone they’re loving
Keep on believing we are meant to me and
Nothing’s stopping you and me from going to heaven
Sweetest love

Finally I can’t believe
Coz you and me, you’re my sweetest love

Now I got that feeling in my gut
Now I need your fire in my life
Now I wanna give you love so much
And I keep on feeling my sweet, my sweet
Sweetest love

I can’t believe that you and me, we gotta be
You’re my sweetest love

Sweetest love
I can’t believe, you and me, we gotta be
Oh my sweetest love

Email ThisBlogThis!Share to TwitterShare to FacebookShare to Pinterest
Label: ETC

Resolutions 2009
1. Being dicipline in all of plans ive made, including be punctual in praying
time*wink2*
2. Being more patient –in everythin-:p
3. Startin life as pediatric’s resident, a good one i supposed;;)
4. Tryin to eat meat –hell yeah!wekekekek-
5. Tryin to say no *in some cases*
6. Tryin to ignore some people and pointless gossips*sigh*
7. Keepin my radio and tv show in –still- 1st places
8. Being muuuch better in everythin, shortly

Well, these are my resolutions in 2009. A year ago, i made these points several hours to new year. 2008 was really sucks for me. I got many of my plans screwed. I failed entering my new school, i cancelled my plan to go to Mecca –and only 3 days before the day-, my parents got heart operations –yup, both of them-, i had a big problem with my bestfriends, my book’s script had been returned because the publisher wanted me to change my writing style –why didnt they say it from the beginning?-, and bla bla bla.. all the problems seemed luv me very much at the time. I resigned from one national TV station that had already placed me in their first line anchor because i had to go to school which at last cancelled it -yeah so id gone for nothin-. I skipped my scholarship to Spain because of the same reason too. The worst thing , i felt very useless for everyone, everythin, everywhere. I was really like a big loser:p

I made the resolution not because i was sure i could change my life with it. To be honest, i made it just because my radio talkshow. One day in 2009, the topic was about it, and i had to make it too, so there you gooo..
When my editor called me this morning remindin to make a resolution, i opened up my files in my laptop and find this. Surprise surprise.. although i didnt expect much last year when i made the resolution, i guess i made it happened, and i have also some bonuses included:p

I didnt remember the resolution, i just live my life as good as i could. And, you know what, i have so many things happened in 2009:)

-Finally- i really could live my life as pediatric’s resident. I did go to Mecca, My book was released –and being a best seller, proudly;). My radio and TV show still as their first rates, my parents are so well thank God, and im still trying to be punctual in praying time, also trying to be more patient. But i guess im already more patient than i was before;;) i could even say no to my friends;;)

Did i say bonuses?;;) Yes, im married this year;;) Its kinda weird for most people i know, since i dont take relationship as my primary urge-things hehehe. Trust me, its weird for me too:p i didnt plan to be married this year, but well, who knows God’s plan?:)

I could say that the highest achievement for myself this year is being married to someone i really luv:) -please just dont ask the details, its off the record you know hehehehe-. And its not on my last year resolutions, to be noted. There’s nothin wrong in makin resolutions, i didnt say its bad right? But for me, the most important thing is just let your life flow, human could plan, but in the end, God always has a better plan for us. Just enjoy your life, whatever it goes now;)

Have yourself a happy new year everyone!;)
Diposkan oleh Meta Hanindita 1 comment: 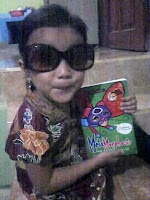 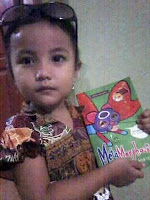 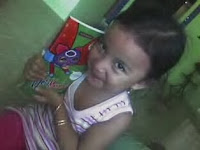 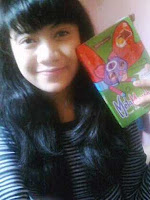